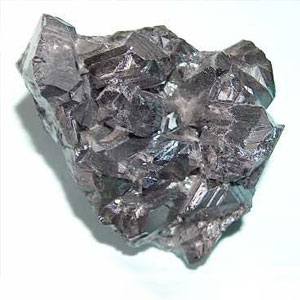 Zinc is both a trace element and a mineral. While ongoing zinc deficiency may cause a variety of health problems, consuming the proper levels of zinc is especially important for prostate health.

According to scientific research, a healthy prostate and its fluid secretions contain more zinc than any of the other elements. When zinc content of the prostate falls to 35% below normal levels, it causes a slightly enlarged prostate. When that number rises to 38%, it’s linked to chronic prostatitis. At 66%, it will develop into cancer.

Luckily, research suggests that taking supplemental zinc may reduce the risk of advanced prostate cancer.  In addition to supplements, you can make sure your body has enough zinc by maintaining a healthy diet that includes meat, eggs, clams, oysters, peanuts, peaches, carrots, quinoa, and potato.

Are you looking for a natural supplement to help your prostate? Click this link for access to special discounts on our premium, money back guaranteed, natural formula –Ultimate Prostate Support. 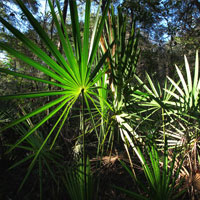 Saw Palmetto is a plant found naturally growing in the southeastern United States. This white flowering, fruit-bearing plant has been used medicinally by Native Americans for centuries. Now, it is increasingly used to treat urinary and prostate problems.

The medical research has confirmed the unexpected effect of this fruit for men’s health.

The prostate surrounds the urethra (the tube transporting urine from your bladder to the penis) and prostate enlargement can cause bladder problems and urination.

Taken supplementally, saw palmetto helps maintain the normal function of the urinary system and is recommended as a source of fatty acids to maintain fertility and support healthy urine flow.

In other forms, the flesh from the fruit of saw palmetto may help treat the condition called Benign Prostatic Hyperplasia (BPH), nonmalignant enlargement of the prostate. Saw palmetto extract may also reduce the risk of prostate cancer.

In patients who have undergone prostate surgery, saw palmetto consumption is linked to rapid recovery and a reduced risk of bleeding.

Find out the best ways to look after your prostate health:

‘Why prostate health is vital’ 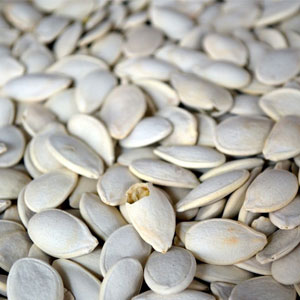 Men whose diets are rich-in-carotenoids have a lower risk of prostate hypertrophy. Pumpkin seeds also contain carotenoids, steroid compounds and omega-3 fatty acids, which all have positive effects on prostate health.

Similarly, scientific studies show that pumpkin seed oil also has a significant effect on patients suffering from diseases related to prostate hypertrophy such as fibroids or prostate cancer.

In addition to magnesium, manganese, iron, copper and zinc, pumpkin seed oil also contains delta 7-phytosterol, a plant sterol linked to the prevention of prostate hypertrophy and atherosclerosis, as well as reduction of urinary blockage caused by prostate hypertrophy. It may also improve urine leak and dysuria.

In fact, one study about the effect of pumpkin seed oil (J. Vas, G. Walter and I. Boromisa Urology Department, Hospital Center Budapest) on prostatic hypertrophy found that prostate size decreased in 29% of patients who initially presented with prostate enlargement.

The scientists said that taking pumpkin seed oil early and often may be an effective preventative measure against prostate cancer, and improve men’s quality of life.

Likewise, another complementary study concluded, “Pumpkin seed oil and saw palmetto oil are clinically safe and may be effective complementary and alternative medicine for BPH.”

Are you looking for a natural supplement to help your prostate? Click this link for access to special discounts on our premium, money back guaranteed, natural formula –Ultimate Prostate Support.